Recreational activities with wild animals have become quite popular. Experiences with exotic animals can be found online as well as directly on site. However, such wildlife interactions can cause considerable stress for the animals involved. Furthermore, many animals are taken from the wild to meet the demand for these experiences, which can lead to negative effects on the wild populations of some species. In the interest of animal protection and species conservation, certain wild animal attractions should therefore be avoided completely: 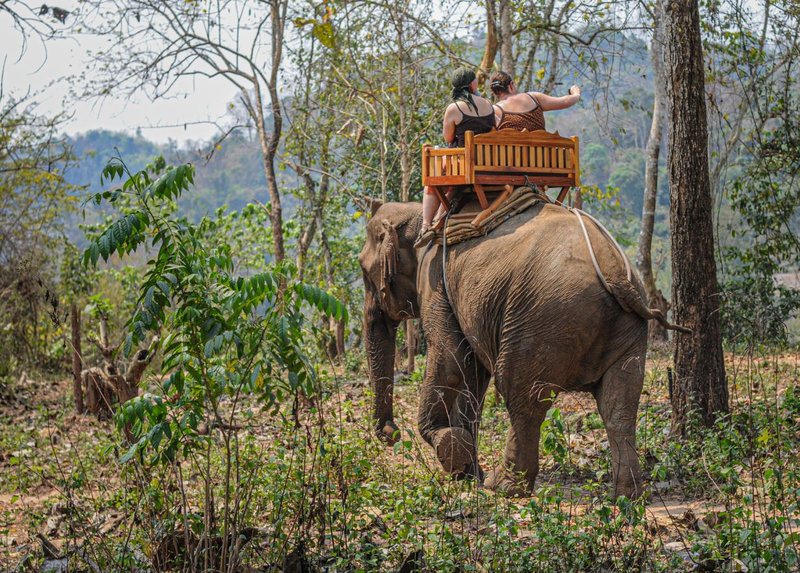 Elephant rides are still a popular vacation activity among tourists in Asian and African countries. These supposedly harmonious encounters, however, can cause immense suffering for the animals.

In order to make the elephants docile for their future task, they are often separated from their mothers as babies or juveniles and subjected to a traumatic training process called "the crush". In this process, the animal's spirit is broken through targeted infliction of suffering, such as food deprivation, spiked leg chains, confinement, or strikes with a bullhook, a pointed instrument specially designed for use on the delicate elephant skin. Moreover, if the elephant calf is taken from the wild, it is not unusual that several members of their herd are killed in the process because they are trying to protect their young.

Even after the initiatory training, elephants are often kept in conditions that are contrary to animal welfare. When they're not in use for tourist rides, they usually spend their time in enclosures that are far too small, frequently without occupation or social contact. In addition to physical injuries, psychological stress and behavioral disorders are often the result of such husbandry. More recently, instead of elephant rides, tourists have been offered the opportunity to bathe with and wash elephants. This form of encounter is sometimes touted as more humane than riding an elephant. In reality, however, the animal undergoes the same training process as those that are broken in for elephant rides.

Riding a camel is also a vacation activity that is associated with animal suffering and should therefore be avoided. For years now, international and regional animal protection organizations have been voicing criticism of the way the animals used for tourist rides are kept and treated. According to an investigation by Peta Asia in Egypt, beatings and extremely rough handling are not uncommon. Furthermore, many camels showed signs of neglect – even gaping wounds remained untreated, and numerous animals were malnourished. Meanwhile, Egypt has reacted to these reports; the Ministry of Tourism has decided to ban tourist camel riding and horse-drawn carriages in the vicinity of the pyramids of Giza and around archaeological sites. 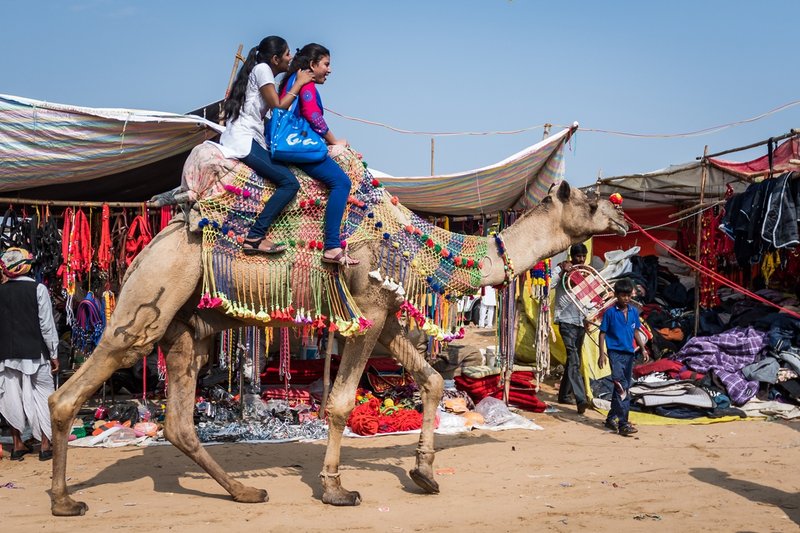 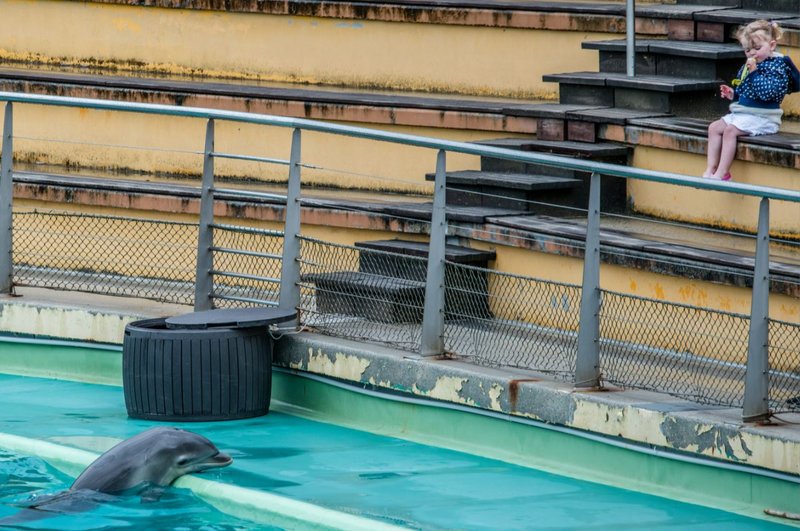 Performances with wild animals, sometimes referred to as animal shows, are still well attended in many countries, including by tourists. However, ridiculing or anthropomorphizing animals for the amusement of the audience is a clear degradation of the animal, grossly disregards its dignity, and should therefore not be supported by attending the show. Particularly popular species for such performances include bears, monkeys, sea lions, cetaceans, big cats, elephants, and birds such as parrots or birds of prey. In most cases, the animals must perform completely unnatural behaviors that are trained beforehand.

This training can be based on positive reinforcement or cruel methods that involve physical and psychological infliction of suffering, for instance by subjugation and infliction of pain or fear. Elephants that paint pictures for tourists, for example, are subjected to the same training process as those used for elephant rides.

In some cases, they are even the same animals. Young bears in some countries are chained to the wall in a standing position to make them strong enough to walk on two legs. And even reward rather than punishment strategies usually work on the basis of prior food and water deprivation to get the animals to cooperate.

Other problematic aspects of animal shows include loud noises and the inevitable proximity to humans, both factors which often cause stress in wild animals. Outside of performance times they're usually housed in poorly structured enclosures with very few opportunities to occupy themselves or practice species-appropriate behaviors. For example, dolphins have evolved to move across a vast natural home range and typically live in communities, called pods, with remarkable social structures and an impressive communication system. Placement in captivity is therefore always connected to a massive impairment of the dolphin's well-being.

Even in countries with high animal welfare standards, where comparatively large enclosures are required, the specific needs of wild animals oftentimes can hardly be met. In most countries, the conditions under which animals are kept in captivity are downright precarious in contrast, due to the lack of appropriate legal requirements.

Souvenir photos and selfies with animals

Souvenir photos and selfies with animals, especially baby animals, are another common tourist attraction. For the perfect snapshot, for instance, sloths and koalas are cradled in tourists' arms or big cats are positioned in a cute manner. What the pictures don't show, however, is the enormous stress these animals are exposed to by being constantly touched and passed around. Particularly tiger and lion cubs are frequently offered for an additional cuddle session, where the tourist can spend even more time in direct contact with the cubs. When lion cubs grow too big or feisty to be petted, they might be utilized for other attractions, such as going on walks with tourists ("Walking with Lions"). Since direct contact with wild animals can be dangerous or even fatal, the animals are often sedated or made docile by force. The removal of teeth or claws is also common.

Once the cubs have grown larger and lost their cuteness or the tourist season is over, they are often killed, abandoned, or pushed off. To replenish the stocks, some species are taken from the wild. The parents of the captured offspring are usually killed in the process. In other cases, animals are bred specifically for tourist attractions, and tourists are often lured in with claims of species protection. For example, they are made to believe that they are contributing to the conservation of endangered species with the money they pay for petting big cats. Numerous tourists thus unwittingly make a contribution to shady breeding facilities, which often misleadingly label themselves as "rescue centers" or "orphanages".

For more information on the important work of reputable sanctuaries and wildlife centers as well as the criteria that distinguish them from dubious offers, see "Volunteering" (coming soon). 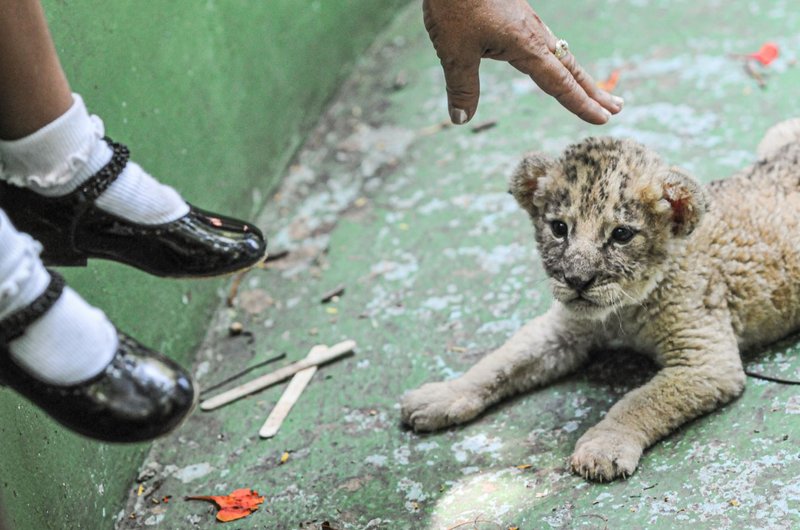 In general, "hands on" encounters should always be avoided. "Hands on" means that direct contact with the wild animal is permitted. Animals and experiences of almost every kind seem to be offered for direct interactions - from turtles and other reptiles in touch basins to big cat cub petting to the care and grooming of panda bears. Tourists should report questionable offers directly to their hotel or tour operator. Additionally, it is important to also pay attention to the seriousness of providers of wildlife experiences without direct animal contact, such as safaris or dolphin and whale watching tours. Small group sizes, the observance of appropriate distances and the necessary respect, a professional guide, as well as foregoing any disturbances of the animal's habitat by getting out of the vehicle or boat, are important selection criteria. Demand determines supply - thus consumers have it in their hands to make an impact through their behavior and choices while on vacation.