WILD ANIMALS IN THE CIRCUS RING? NO, THANKS!

For a ban on wild animals in circuses – in Switzerland, too! 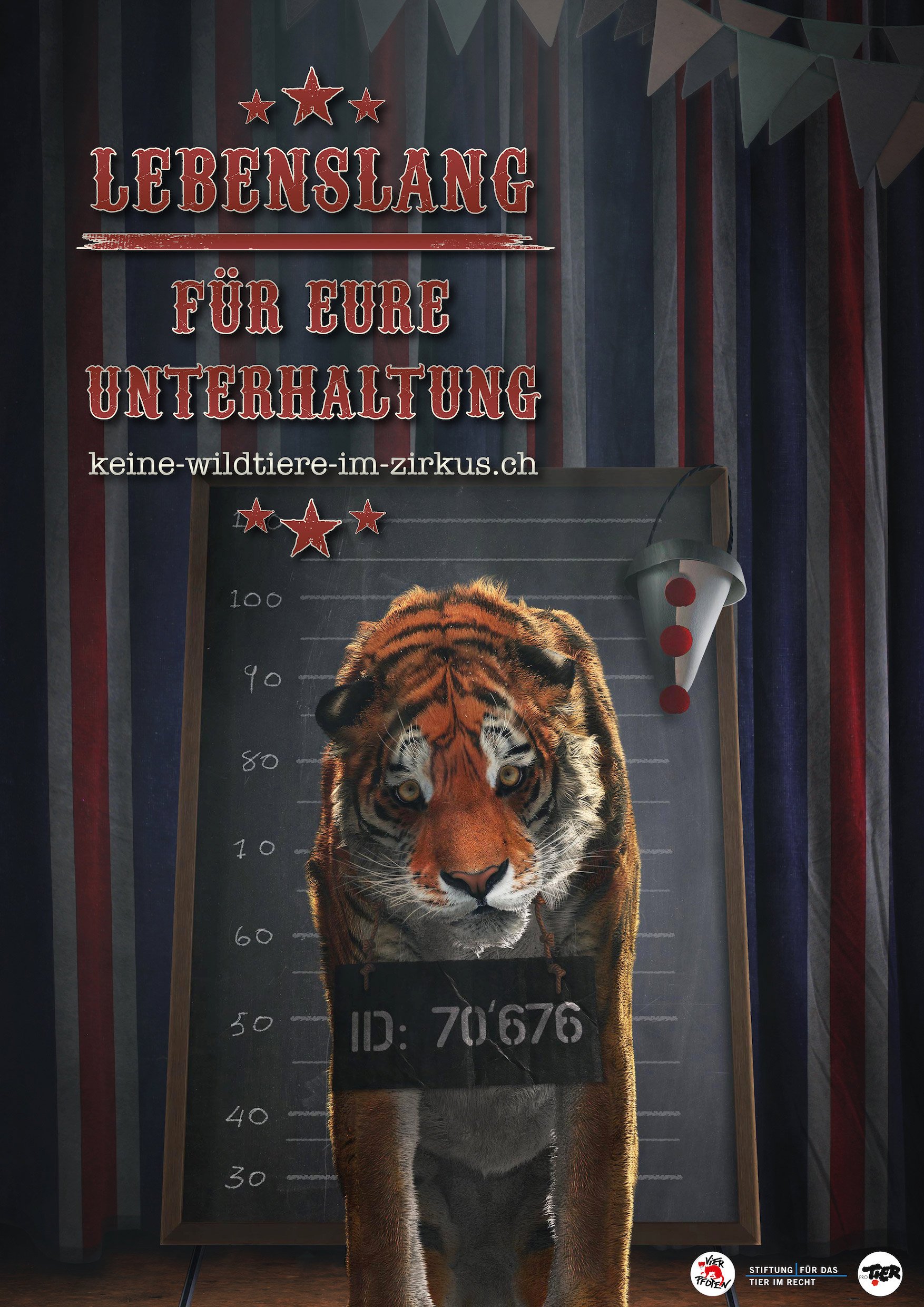 Using wild animals in circuses is highly problematic from an animal welfare perspective. For one thing, it is almost impossible to provide the animals with species-appropriate housing conditions on circus premises, and for another, wild animal shows often violate the fundamental principle of animal dignity enshrined in Swiss animal welfare law. Nevertheless, unlike in many other countries, the use of wild animals in circuses is still permitted in Switzerland.

On March 15, 2018, a petition to that effect was submitted to the Federal Council in Berne with 70,676 signatures with the support of 24 other organizations. The Federal Council, however, does not support a ban on wild animals in circuses and wants to leave it to the circus companies to decide whether or not to use wild animals.

To give fresh impetus to the discussion, the three organizations ProTier, Vier Pfoten, and TIR launched a new campaign in 2019. The aim is to educate the public about the suffering that wild animals experience - for life - in the circus, so that a legal ban may finally be implemented.