The Stiftung für das Tier im Recht (Foundation for the Animal in the Law; TIR) is the center of excellence for the development of animal law in Switzerland. An independent nonprofit organization founded in 1996, TIR’s achievements include the detachment of animals from their previous status as insensitive things and the increasing respect for animal dignity recognized by the Swiss constitution in all areas of law. TIR’s mission is to work for the continuous improvement of human-animal relations in a legal, ethical, and social sense.

‘We believe the law is essential to strengthen respect for animal interests and oppose their cruel and exploitative use,’ says Dr. Gieri Bolliger, executive director of TIR.

At the heart of TIR’s work is its unique and extensive library. The repository represents a wealth of scholarly examination of social change concerning the treatment of animals. TIR and its library serve the needs of the public, students, scholars, media professionals, elected representatives, law enforcement, and the judiciary. More than 20,000 books, articles, and films on animals in law, ethics, and society are currently accessible and retrievable by searching bibliographic data in the TIR database. All listed works can be consulted at the TIR office. Workstations with Wi-Fi are available.

Now TIR is breaking new ground. Together with the renowned British author, activist, and scholar Kim Stallwood, it is expanding its library further and implementing a program to make its collection accessible to an international audience.

Kim Stallwood is one of the pioneers of the most recent historical development: the animal rights movement. Back in the 1970s, after working in a chicken slaughterhouse, he gave up animal products to become a vegan. This was at a time when a purely plant-based lifestyle was neither trendy nor widely understood. Stallwood spent the next 45 years studying the full range of human-animal relations, serving in advisory and leadership positions in various international animal welfare and animal rights organizations (such as Compassion in World Farming) and working with philosophers (Tom Regan), feminists (Carol J. Adams), artists (Sue Coe), musicians (Paul McCartney), and others. Queen guitarist Brian May wrote the foreword to Stallwood’s book Growl: Life Lessons, Hard Truths, and Bold Strategies from an Animal Advocate (Lantern Books, 2014).

The British Library, the National Library of the United Kingdom, recognized Stallwood in 2020 as an important contemporary figure by establishing The Kim Stallwood Archive, which consists exclusively of personal research material.

The British Library’s acquisition was only one part of Stallwood’s library, however. TIR recently agreed to acquire the remainder of Stallwood’s remarkable collection and integrate it into TIR's holdings, making Switzerland a significant site for the documentation of a movement that is growing in importance globally. The need to preserve and collect materials in a constantly growing historical archive and expanding library of contemporary materials is central to TIR’s mission.

‘The recognition of animal personhood, including moral and legal rights for animals, is one of the greatest challenges in human history,’ says Kim Stallwood.

TIR has also engaged Stallwood as a consultant to advise on the expansion of its library, the acquisition of further collections of essential importance, and improve the visibility and accessibility of the archive beyond Switzerland. 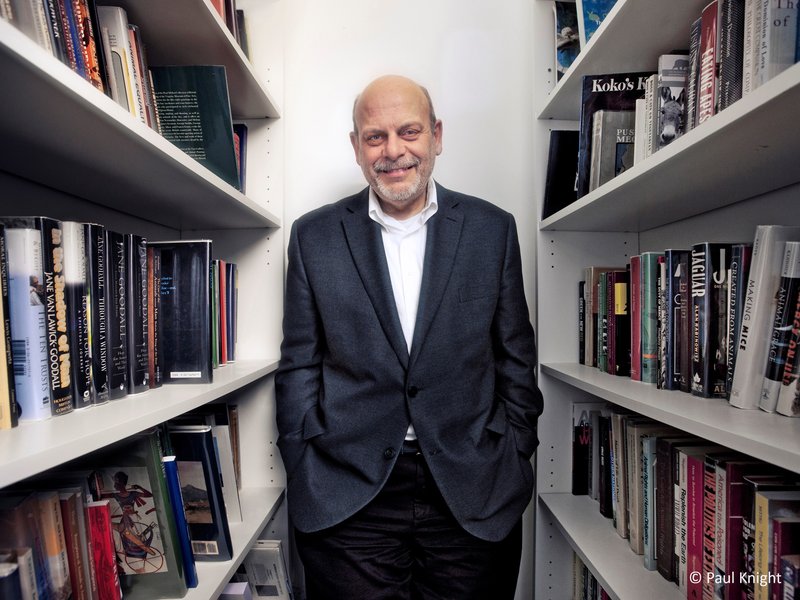