Today, VIER PFOTEN, ProTier, and the Stiftung für das Tier im Recht (TIR) launched their current awareness raising campaign against wild animals in circuses in the French-speaking part of Switzerland. The ban is absolutely necessary for animal welfare reasons. For one, it is hardly possible to provide the animals with species-appropriate housing conditions. But presenting wild animals in the circus ring is also oftentimes in violation of the constitutional principle of animal dignity protection. Nevertheless, unlike many other countries, Switzerland still allows wild animals in circuses.

For this reason, ProTier, VIER PFOTEN, and TIR launched a new campaign this year, which drew a lot of attention in the German-speaking part of Switzerland at the beginning of March. The second campaign, presented in the French-speaking part of Switzerland, is in German and French. Like the last campaign image, the new one was also created in collaboration with Viva Colores Schweiz GmbH and Nachtlicht Creative GmbH. The image, which depicts an innocent tiger sentenced to life-long imprisonment, is meant to draw attention to the suffering of wild animals in circuses. It is high time for a change in the way animals are viewed and presented. 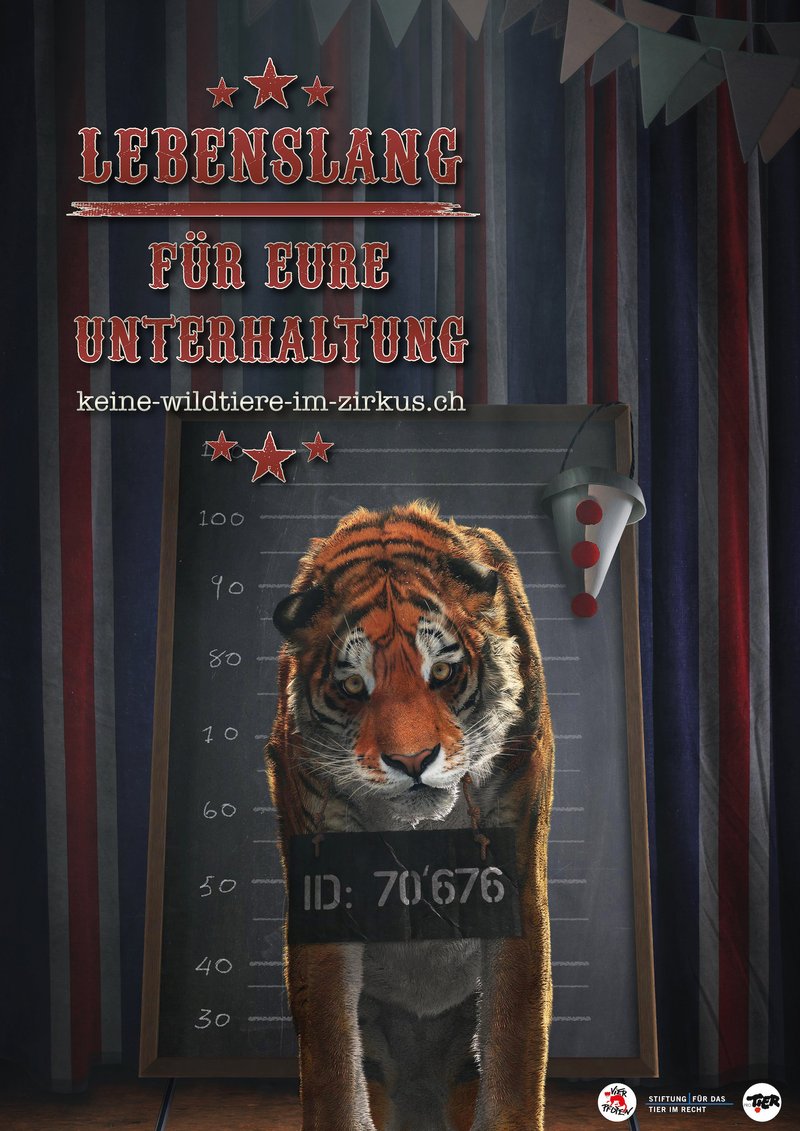