At a media conference today, the Stiftung für das Tier im Recht (TIR)
presented its comprehensive analysis of the Swiss animal welfare penal practice in 2017. With 1691 cases in the year under review, the number of animal welfare-related criminal proceedings fell significantly for the first time since 2004, which is largely - but not exclusively - due to the abolition of compulsory training courses for dog owners. In this year's analysis, a particular focus was placed on animal welfare provisions governing pig husbandry and the corresponding penal practice. It was found that the well-being and dignity of pigs are hardly given any legal consideration.

Throughout Switzerland, the number of animal welfare-related criminal proceedings has steadily increased in the last few years. In 2017, the number of cases dropped for the first time in 13 years. The number of cases (1691) was about the same as in 2014, which represents a decline of about 30% compared to 2016.

In 2017, 56.3 % of the recorded case material related to offenses committed against companion animals. Cases relating to farm animals made up a little over a quarter of the proceedings. Once again, dogs were the most commonly affected animals accounting for 790 cases. However, 14.8% of the proceedings concerned inadequate supervision of dogs by their owners and 15.8% of the cases related to a failure to provide a certificate of competence by dog owners.

As in previous years, the average fine imposed for violations of the animal welfare legislation was CHF 300. The cantons of Obwalden and Basel-Land issued the highest fines (average of CHF 750 in Obwalden and CHF 500 in Basel-Land). 14 proceedings relating to animal cruelty cases were sanctioned with monetary penalties – this type of penalty being more severe than a fine. No (conditional) prison sentences were enforced in 2017.

The Animal Welfare Act (AWA) lays down a penalty range for animal welfare-related offenses of up to five years in prison or a monetary penalty, and a fine of up to CHF 20'000 for misdemeanors. In view of the animal suffering often associated with these acts, the overall penalties for animal welfare-related offenses are still disproportionately low.

As part of this year's analysis of the Swiss penal practice, we took a closer look at the legal provisions for the protection of pigs and the penal practice with regard to pigs. We found that the regulations regarding pig husbandry fail to ensure a species-appropriate life for the animals. For instance, it is permitted to keep pigs in extremely confined conditions, on bare concrete floors, and with no access to an outdoor area.

The evaluation of the case material showed that pigs are often treated with utter indifference by their keepers. The animals often suffered for long periods of time under absolutely unacceptable husbandry conditions and, in many cases, sick pigs were neglected and transported to a slaughterhouse for potential commercial exploitation, instead of being euthanized, thus unnecessarily prolonging their suffering. Fortunately, the perpetrators in these cases received relatively severe punishments by the authorities.

All in all, there is still significant room for improvement in the enforcement of animal welfare laws. Also, it is absolutely unacceptable that binding animal welfare provisions are repeatedly ignored, and animal welfare offenses are either left unpunished or are sanctioned with far too lenient penalties. TIR has therefore compiled a list of the eight most important postulates for an effective penal practice in animal welfare law.


More information on German version of this news release. 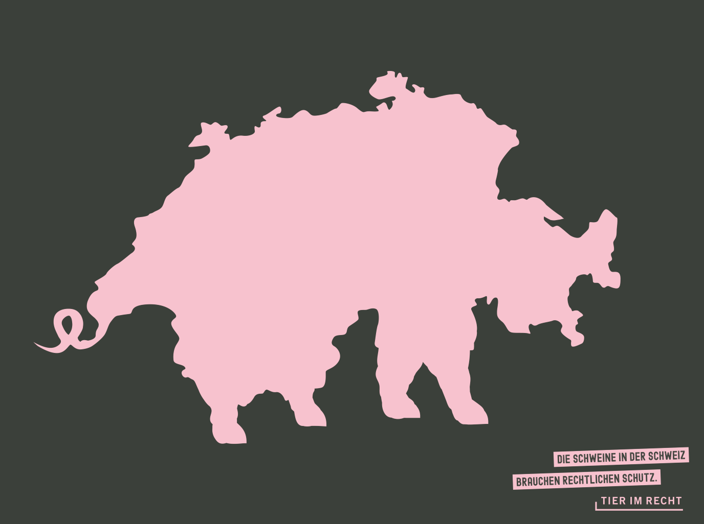