During its summer session, the National Assembly will likely deal with a parliamentary initiative regarding an import ban on hunting trophies. Every year, trophy hunting costs the lives of thousands of animals, including polar bears, lions, elephants, and other species, some of which are critically endangered. OceanCare, Animal Trust, Pro Wildlife, and the Stiftung für das Tier im Recht (TIR) together with National Assembly member Maya Graf demand a ban on the import and transit of hunting trophies in Switzerland. They are receiving prominent support from Hannes Jaenicke, a German actor and environmentalist, who is calling for an import ban in a vide by OceanCare.

Over the last few decades, biodiversity has dramatically decreased around the world. Habitat loss, poaching, and global trade are only a few of the reasons why more and more species are becoming extinct. But also the legal hunting of endangered and internationally protected species, such as lions, elephants, rhinos, and polar bears, is threatening entire animal populations. With the death of Cecil the lion, the subject was brought back into the focus of the public eye.

Africa in particular is a popular travel destination for trophy hunters from around the world due to its "Big Five" (lions, elephants, rhinos, leopards, and buffalos). Every year, foreign hunters kill over 100'000 wild animals. With appropriate authorization, hunters are usually allowed to bring the animals back home as trophies. Hunting safaris and the collection of hunting trophies are legal, as long as the national laws of the African countries in question and the respective export and import regulations are met, that is, the CITES-permits are granted. Many of the sought-after animal species are subject to protection by the Washington Convention on International Trade in Endangered Species (CITES). While the Convention prohibits the commercial trade in highly endangered species, exceptions can be made for trophy hunting  (see the TIR news report (in German) from March 3, 2016).

It is often argued that hunting tourism contributes to the preservation of biodiversity and the alleviation of poverty.  However, this argumentation is highly questionable, as is shown in the report by the economist network Economists at Large. For the most part, hunting does not generate income for the local population but solely benefits the companies, mostly from abroad, that organize the hunts. Hunting is also especially prone to corruption and occasionally favors poaching, because legally and illegally hunted trophies cannot be distinguished from one another. Moreover, hunting quotas are rarely based on scientific data and are thus usually defined arbitrarily. Trophy hunters are usually interested in shooting the strongest animals with the largest and most beautiful trophies, which are, however, most relevant for the survival of their species.

Trophy hunting is problematic not only with regard to species conservation but also for animal welfare reasons. Oftentimes, hunters use methods that are banned in Switzerland due to their incompatibility with animal welfare, such as hunting with bow and arrow. Misfired shots by recreational hunters lead to incredible suffering in the wounded animals. In moral terms and in terms of animal welfare law in particular, an especially disturbing type of trophy hunting is so-called canned hunting: animals that were brought up on farms and are virtually tame are released into enclosed areas where they are presented to the hunters on a "silver platter"  (TIR-TIP (in German):  latest report on 3sat: Halali in Afrika – Das Geschäft mit der Grosswildjagd).

Hunters measure an animal's worth solely based on the trophy. The killing of animals for the pure fun that some associate with hunting is diametrically opposed to the general respect for the dignity of animals in Switzerland. A ban on the import of hunting trophies would hinder hunters from bringing their trophies into the country. Switzerland could take on an important role as a pioneer in terms of protection of endangered species. In Switzerland, too, numerous trophies from internationally protected species are imported every year. A couple of weeks ago, the Netherlands, successfully led the way by imposing an import ban on 200 wild species.

During its summer session (May 30 until June 17, 2016), the National Assembly will likely deal with the parliamentary initiative by National Assembly member Maya Graf regarding an import ban on hunting trophies. TIR wishes to send a political signal to the parliament responsible for the decision at hand and is therefore supporting OceanCare's  petition for a ban on the import and transit of hunting trophies. If the petition will be dealt with during this session, it will be given to the Swiss parliament beforehand. 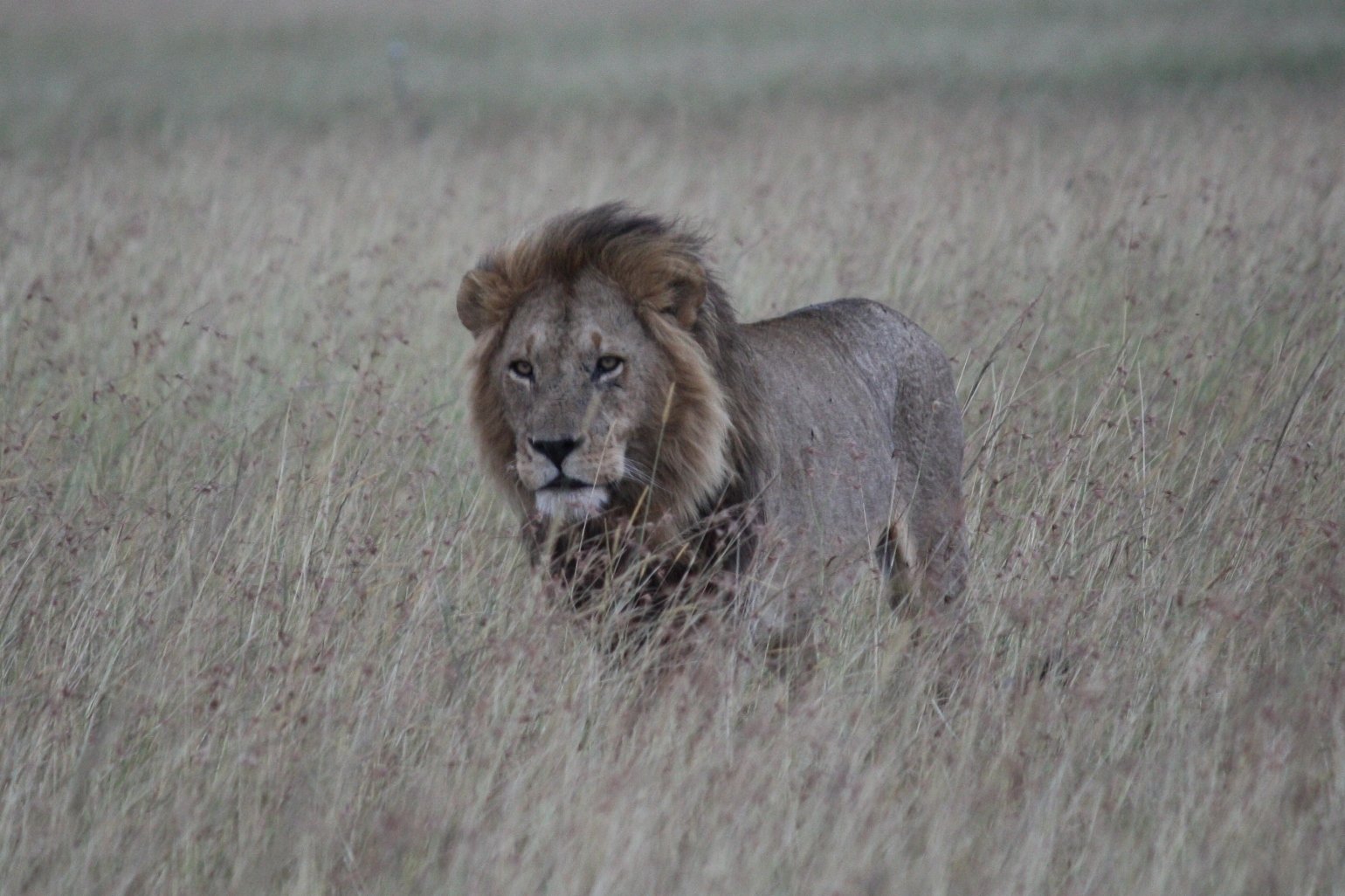 It has been estimated that there are only around 20'000 wild lions left in Africa. 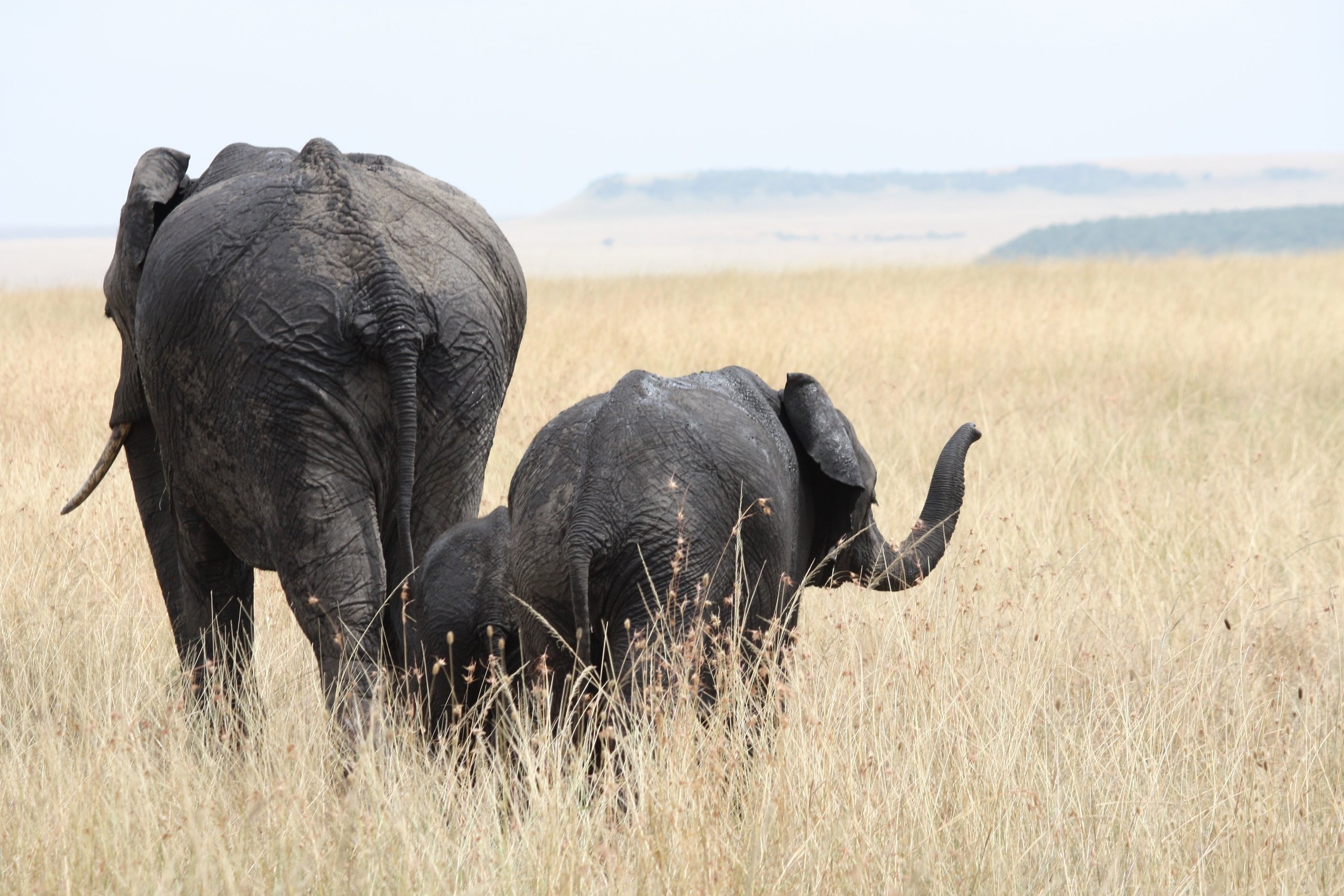 Elephants form strong social bonds. The head of the herd is a leading mother elephant who functions as a role model in the group due to her experience and good memory skills. Trophy hunting can destroy these important social structures.