TIR is pleased with the success of Zimbabwe's Rangers

The situation is dramatic for rhinos in Africa: in Zimbabwe alone, dozens of these animals are killed every year. Tier im Recht (TIR) is therefore pleased to hear from the Anti-Poaching and Tracking Specialists (ATS) that they have succeeded in capturing a group of poachers who were responsible for the death of countless animals.

During the last year, 1175 rhinos were illegally killed in South Africa alone. The death toll was 80 in Namibia and 50 in Zimbabwe. The Savé Valley Conservancy reserve, which is home to 25% of the remaining Zimbabwean black rhino population, was also targeted.

Bryce Clemence, director and trainer of the Anti-Poaching and Tracking Specialists (ATS), and his team are responsible for coordinating the anti-poaching efforts in the Savé Valley Conservancy in southeastern Zimbabwe. Mr. Clemence believes that the key to saving the rhinos lies in the protection of rangers on the ground who regularly risk their lives for species and nature conservation.

In numerous African countries, the efforts against poaching are poorly organized. Many rangers, for example, are appointed to anti-poaching-units that lack adequate equipment and proper training. It is not rare for rangers to get injured or even killed during work or they are simply incapable of preventing poachers from carrying out their illegal activity. This is where Bryce Clemence comes in: he ensures that the National Park rangers are optimally trained, because without them, he is certain the rhinos would not stand a chance.

The work done by ATS is, by the way, a family affair: his wife Lara and his brother Shannon are also active in the fight against poaching. His father Pete supports a Junior Ranger Program, which trains Zimbabwean children in traditional craftsmanship and teaches nature conservation as a core value.

Poaching and the related illegal trade with animals and animal products is a part of organized crime, the combating of which is a major challenge. The funds needed for proper protective measures are usually insufficient, which is a further barrier. TIR is all the more pleased to hear the good news about the recent apprehension of the poachers who are responsible for countless dead animals and a number of orphaned young animals. This arrest can be attributed solely to the careful, efficient, and determined work by Bryce and his team.

TIR visited Bryce and Lara Clemence in Zimbabwe last year where it gained impressive insight into the dangerous and sacrificial work for the protection of rhinos. 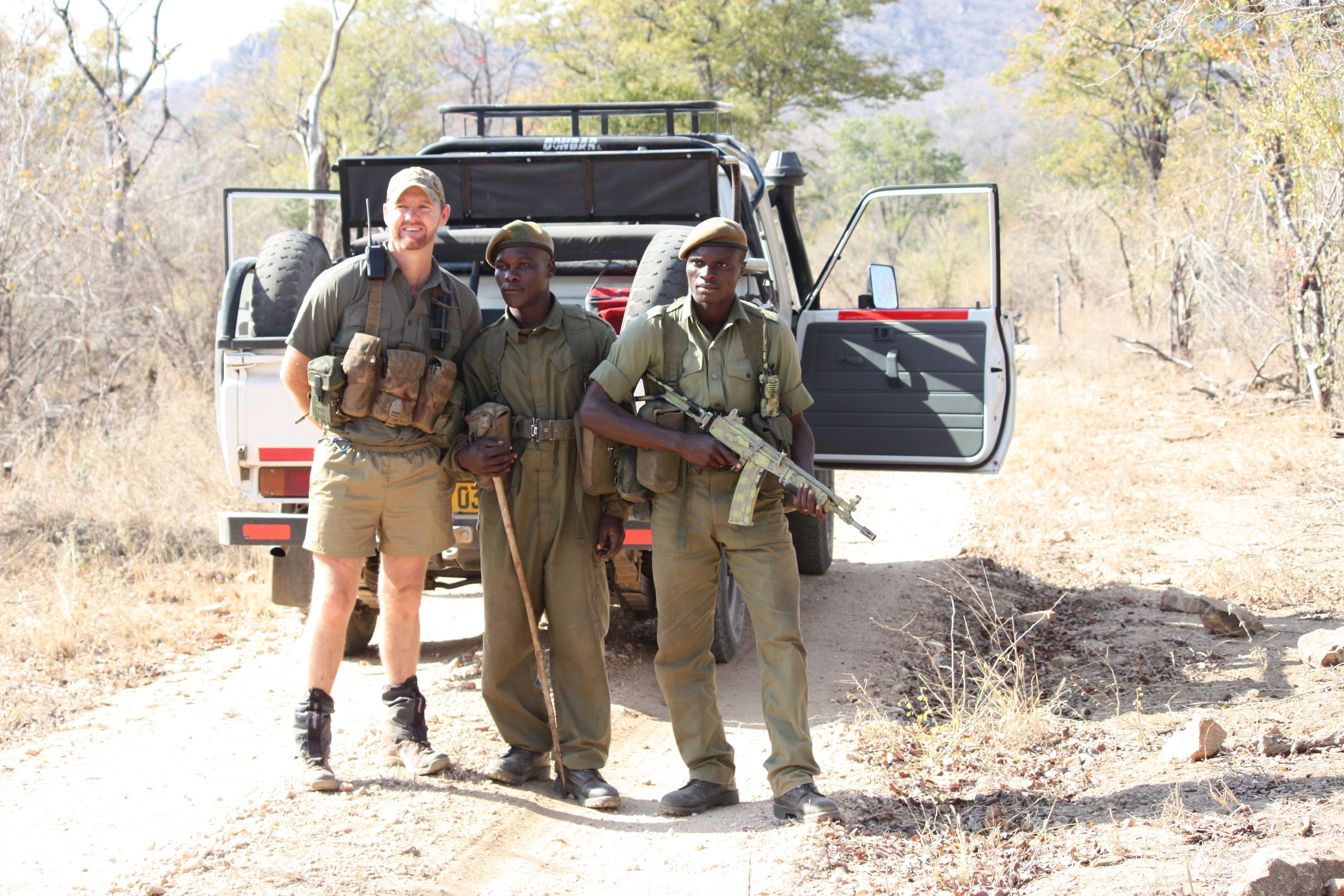 Anti-Poaching and Tracking Specialists (ATS) in the fight against poaching 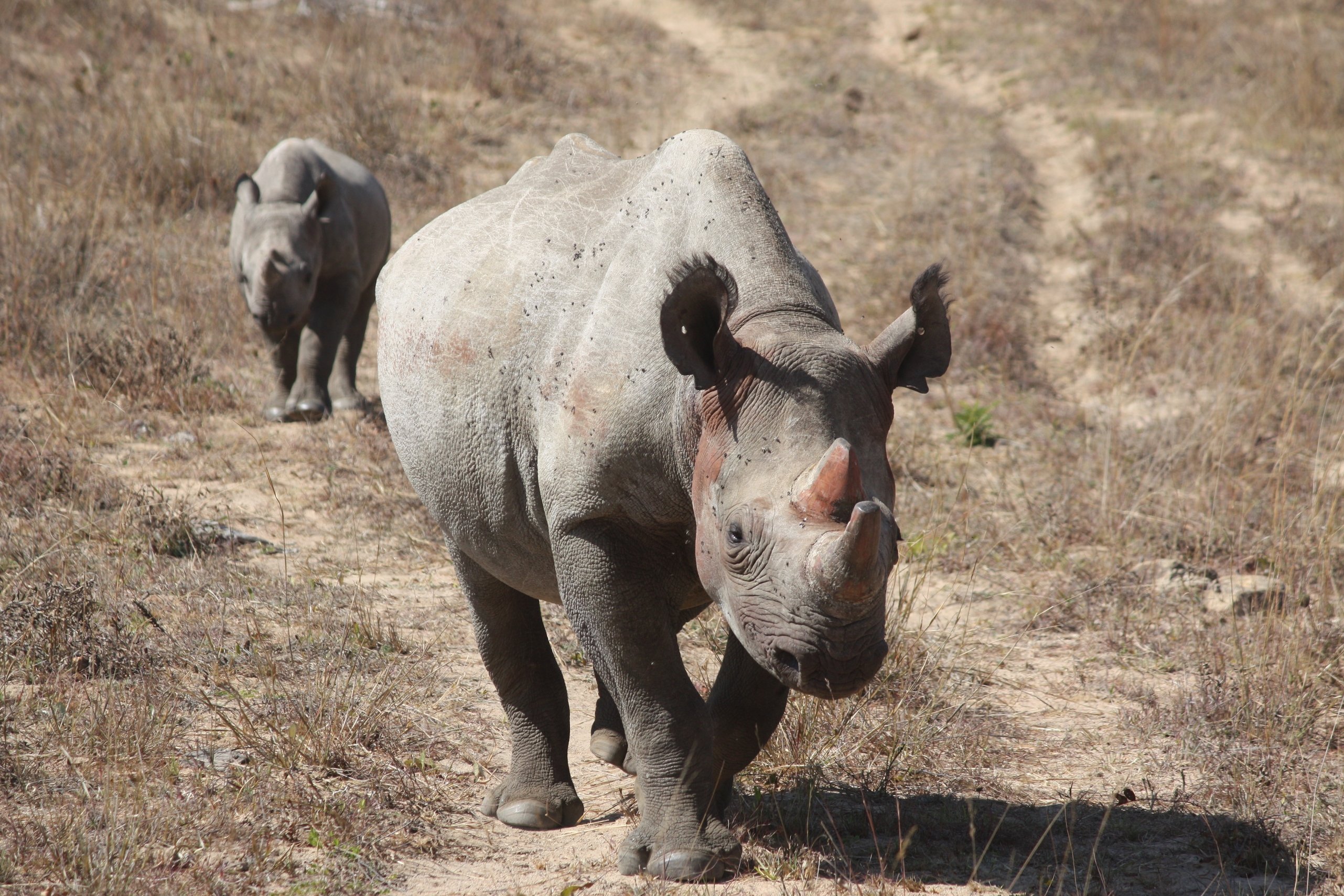 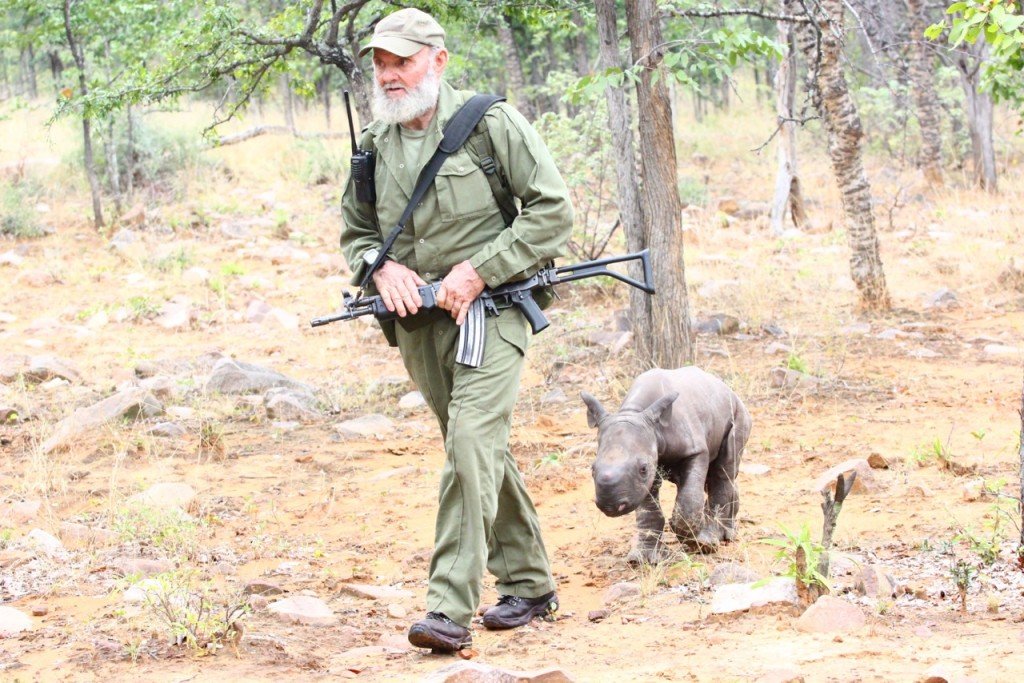 Poachers do not even spare mother cows. Pete Clemence with an orphaned baby rhino in the Savé Valley Conservancy.