The illegal killing of wild animals and the trade involved has assumed alarming proportions and has brought many species to the brink of extinction. In March 2016, the National Assembly called for stricter criminal sanctions against the illegal trade. Tier im Recht (TIR) welcomes this and urges the buyer and transit countries to better meet their responsibilities.

Over the last year, 1175 rhinos were illegally killed in South Africa alone, compared to 13 in 2007. The main reason is the growing demand for rhino horn powder, especially in Asia where it is thought to have healing effects. Rhino horn is now being sold at higher prices than gold. The situation is also tragic for elephants: according to a current survey, an estimated 100'000 elephants were killed by poachers for their ivory between 2010 and 2012. Not only elephants and rhinos are affected by poaching, but also many other species, such as the now rare pangolin. Apart from ivory and rhino horn, also live animals, such as birds, reptiles, fish, apes, and numerous other mammals are being smuggled on a regular basis. The illegal trade in wildlife generates an annual turnover of several billion francs.

In addition to endangering entire animal populations, the catching and killing or the transport of live animals entails incredible suffering, pain, and fear for the affected individuals. Furthermore, the damage done to nature leads to a disruption of the ecological balance in the last intact habitats, causing further problems regarding animal welfare and species conservation. The animals are used to produce various products (fabrics, jewelry, art, etc.) or end up in dubious zoos and amusement parks, especially in China and the Emirates. Oftentimes, the smugglers use fake CITES documentation or take animals across boarders without any documents whatsoever.

The battle against poaching and the illegal wildlife trade constitutes a major challenge. The perpetrators responsible for the illegal activities are members of organized crime and are now on the same level as drug, human, and arms trafficking. One of the main issues is the lack of enforcement after poachers have been caught. Due to corruption and political instability in some countries of origin, lack of proper education of investigative and criminal authorities, and an absence of equipment for adequate securing of evidence, criminal proceedings are insufficiently conducted and, even in case of overwhelming proof, they are oftentimes unsuccessfully concluded. Also, not all countries give the necessary amount of priority to the fight against the illegal trade.

On the other hand, there is an increasing demand for luxury goods from wildlife products. The illegal wildlife trade is a global problem and not limited to individual areas. It is complex and does not only concern the countries of origin. The Swiss customs authorities confiscate exotic animals and animal products that have been brought into Switzerland or are meant for transit through European countries every year. Last year, the confiscation of 262 kilograms of ivory at the Zurich airport – the biggest one to date – made headlines. Furthermore, in 2015, 72 Shahtoosh scarfs, which are made from the strictly protected Tibetan antelope, were confiscated. About four animals are killed for such a luxury product. Switzerland qualifies the large-scale illegal trade in endangered species as a lighter form of offense or even as a minor transgression, which is punished with a mere fine. TIR therefore calls for tougher criminal laws and, in particular, for the qualification of professional and customary illegal trade as a serious crime. This means that certain cases could lead to a prison sentence of up to three years.

It is also necessary that there be close cooperation on an international level between the various CITES and prosecution authorities. The surveillance in the countries of origin and in the target and transit countries must be intensified and, to better combat poaching and the illegal trade, the countries of origin must be given financial support, for example, for the education and training of the investigative authorities. It is also especially important that the target and transit countries pass stricter laws. One major problem is the falsification of CITES documents or their acquirement by means of corruption. Without stricter controls and countermeasures in this area, the illegal trade cannot be stopped.

TIR recommends that everyone concerned about animal welfare renounce wildlife products. Because, in addition to all the problems regarding species conservation, animal welfare issues associated with the illegal trade are usually disregarded entirely. Correct CITES documents are not always a guarantee for a species-appropriate handling of the animal, because animal welfare concerns, such as the manner and method of killing wild animals, are not regulated by the Washington Convention 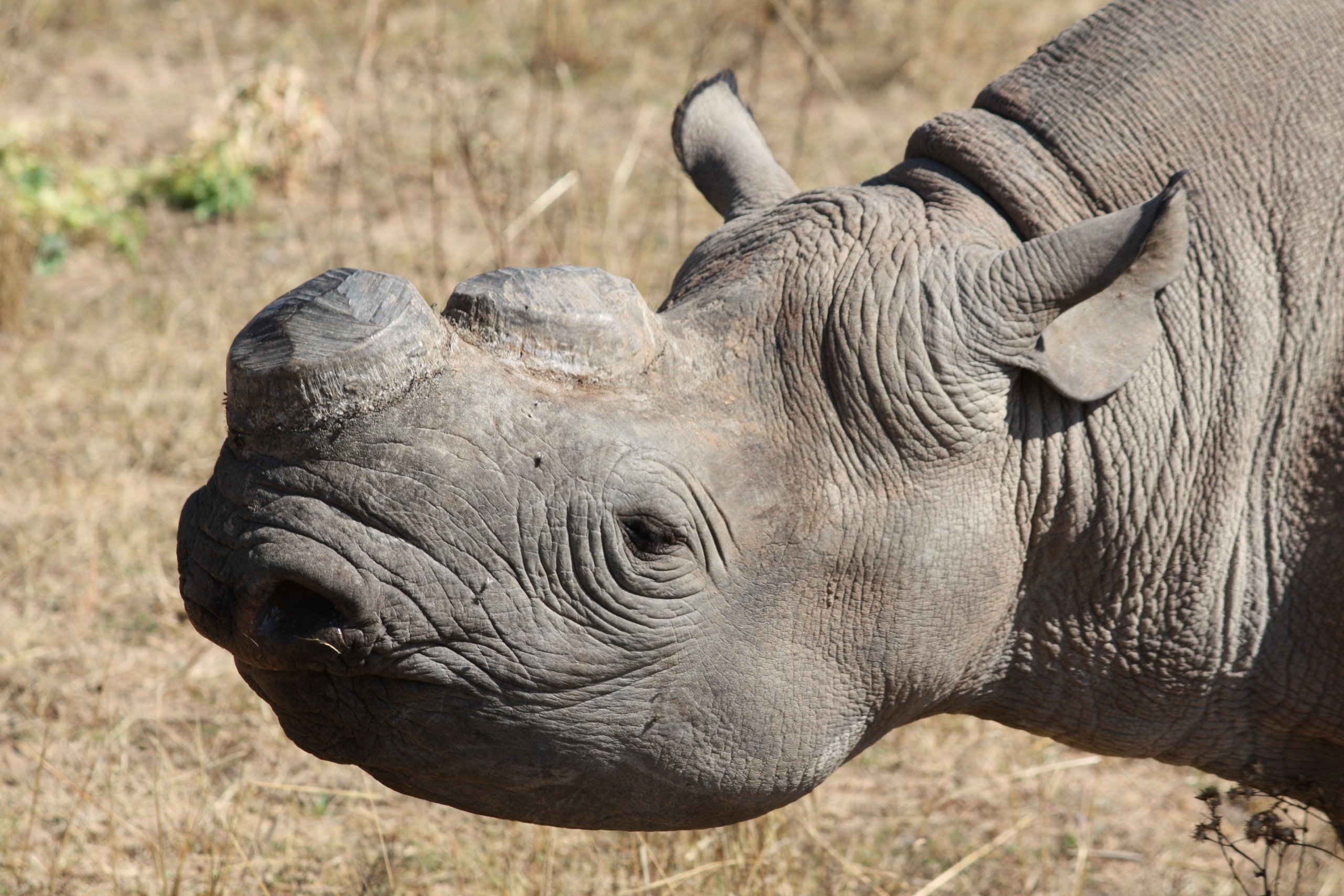 A rhino dehorned for protection against poaching