During the 12th World Congress of the International Association of Human-Animal Interaction Organization IAHAIO in Stockholm from July 1 to 4, 2010, Antoine F. Goetschel,the Animal Welfare Lawyer of the Canton of Zurich, and Gieri Bolliger, the Director of the Stiftung für das Tier im Recht, presented their latest update on "The Animals in the Law – A Global Perspective - update 2010". The convention was inaugurated by the Swedish Minister of Agriculture and aroused an overwhelming media response. More than 500 participants from all over the world attended this event.

In line with former sessions at previous IAHAIO world congresses, the presentation of "The Animals in the Law – A Global Perspective – update 2010" shows a broad comparative study on the legal recognition of animals in 36 different national regulations.

Based on a pattern of 18 crucial questions, the differences and similarities were shown in the positions of the animals in the law in Argentina, Australia, Austria, Bosnia and Herzegovnia, Brazil, Bulgaria, Canada, Chile, China, Colombia, Denmark, Finland, France, Germany, Greece, Ireland, Israel, Italy, Liechtenstein, Japan, Mexico, the Netherlands, New Zealand, Peru, Poland, Portugal, Romania, Serbia, South Africa, South Korea, Spain, Sweden, Switzerland, the United Kingdom, USA, and Venezuela. The focus on Switzerland as a special case is justified as it has more animal-friendly legal norms than most of the other investigated countries. That said, in Switzerland, there still are, of course, huge shortcomings in terms of animal-welfare law and much room for improvement.

TIR's presentation received a lot of approval and interest from the international audience. In view of the next IAHAIO world congress (which will take place in Denver/Colorado in 2013), the co-authors of the study are considering to publish it internationally. By working together more closely with the other nations, the foundation hopes to raise awareness for the different incorporation of animal welfare regulations into national laws and hopes to improve the status of the animal in the law by working on stricter legal norms regarding animal welfare.

The results of this study can be viewed here. Please note that despite the effort to reflect the legal positions in matters of animal welfare in the different countries 100 % truthfully, the co-authors cannot take legal responsibility for the correctness of this information. 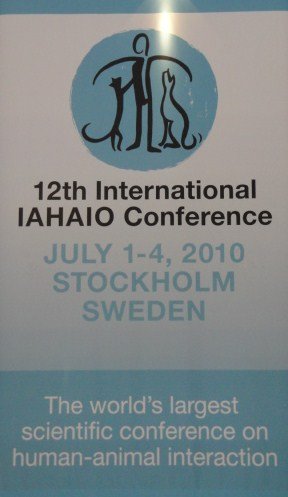